Milk and dairy product adulteration came into global concern after breakthrough of melamine contamination in Chinese infant milk products in 2008. However, history of milk adulteration is very old. Swill milk scandal has been reported in 1850 which killed 8000 infants in New York alone. Milk is considered to be the ‘ideal food’ because of its abundant nutrients required by both infants and adults. It is one of the best sources for protein, fat, carbohydrate, vitamin and minerals. Unfortunately milk is being very easily adulterated throughout the world. Possible reasons behind it may include- demand and supply gap, perishable nature of milk, low purchasing capability of customer and lack of suitable detection tests. The motivation for food fraud is economic, but the impact is a real public health concern. The situation is significantly worse in developing and underdeveloped countries due to the absence of adequate monitoring and lack of proper law enforcement.

Milk powder is the second most likely food item being in the risk of adulteration after olive oil. Adulterants in milk mainly include addition of vegetable protein, milk from different species, addition of whey and watering which are known as economically motivated adulteration. These adulterations do not pose any severe health risk. However, some adulterants are too harmful to be overlooked. Some of the major adulterants in milk having serious adverse health effect are urea, formalin, detergents, ammonium sulphate, boric acid, caustic soda, benzoic acid, salicylic acid, hydrogen peroxide, sugars and melamine.

Common parameters that are checked to evaluate milk quality are- fat percentage, SNF (Solid-not-Fat) percentage, protein content and freezing point. Adulterants are added in milk to increase these parameters, thereby increasing the milk quality in dishonest way. For example, cane sugar, starch, sulfate salts, urea and common salts are added to increase solid-not-fat (SNF). Commercial urea is added to milk to increase non-protein nitrogen content. Similarly, melamine is added to increase protein content falsely. Ammonium sulphate is added to increase the lactometer reading by maintaining the density of diluted milk. Formalin, Salicylic acid, Benzoic acid and Hydrogen peroxide act as preservatives and increase the shelf life of the milk. Since milk fat is very expensive, some unloyal competition to real producers of milk and dairy products remove milk fat for additional financial gain and compensate it by adding non-milk fat such as vegetable oil. Detergents are added to emulsify and dissolve the oil in water giving a frothy solution, which is the desired characteristics of milk.

Economic counterfeiting of milk by mixing dairy components, and then adding water and subsequently declaring such a product as if it were fresh milk is the most common type of milk market. The equipment used for this type of fraud is generally quite simple (shown in the picture below), and allows large quantities of reconstituted milk to be produced, in proportion to the capacity of the equipment. 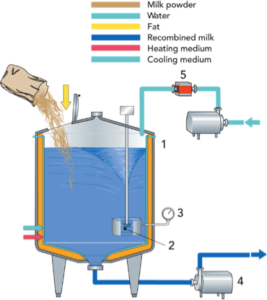 SG ISOTECH has developed unique isotopic method that is capable to detect illegal adulterations and mislabeling of fresh milk. Since all types of milk adulterations cannot undergo without water addition, now there is a possibility to detect added water to fresh milk. Now, we at ANA LAB have unique possibility to help in detection of illegal production practices in milk production.

⦾Harmonization of the declaration with the product 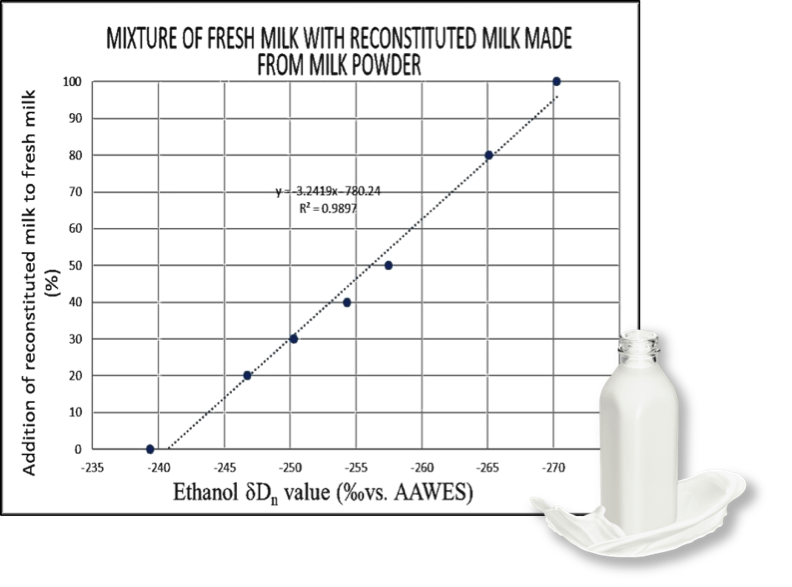 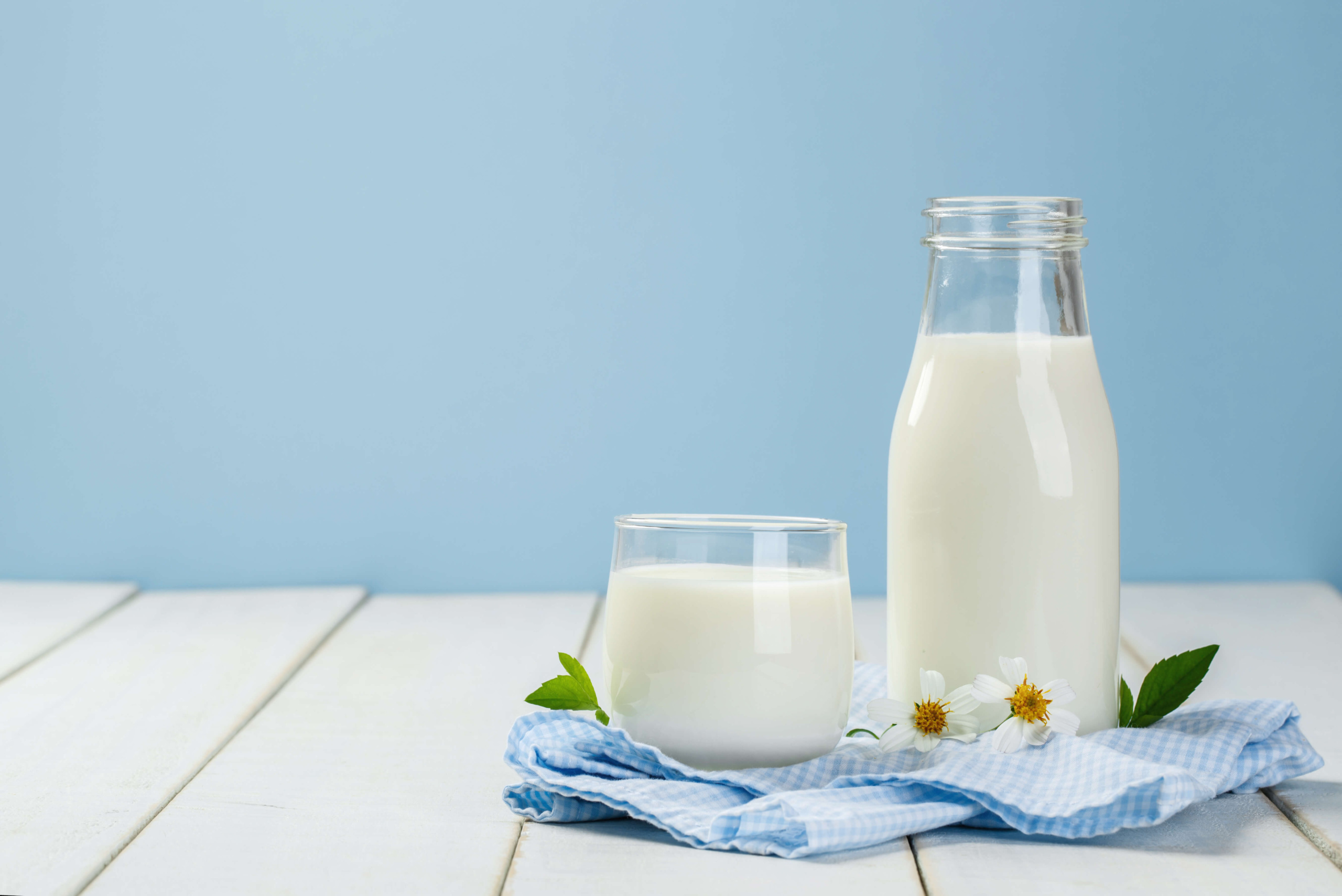